Sin: Shooting at the Wrong Target

Have you noticed that almost everyone has something that they focus on in their life?  If we do not pursue something… depression sets in.   Have you also noticed that some will spend their lives pursuing a goal that ultimately isn’t worth having once they achieve it?

God offers you a better way of life.  The Bible helps us to direct our lives in such as way as to gain what is worth pursuing and avoid what should be left alone. 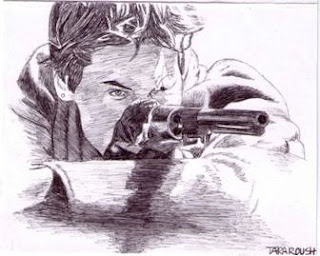 In the New Testament the normal word for sin is harmatia (it’s verb form is harmartano).  It means literally “to miss the mark.” It is a archer’s term. Here is the problem… if you shoot at the wrong bulls eye, you just may hit it.

On the other hand, you can aim at things that are worthwhile… i.e. You can aim high but still fall short of what you are aiming for. Hitting the wrong mark or missing the right mark pretty much have the same effect.


Here is the nature of what the Bible calls sin… We shoot at what we should not have or do not pursue what we should have.  James explains this situation to us graphically…

Today’s article was written by Connie Adams as an editorial to a paper he helped to publish more than 20 years ago (1982).  It is long but I think you’ll find it to be an informative defense of scripture as God’s word…

The Certified Gospel
by Connie Adams

"But I certify you, brethren, that the gospel which was preached of me is not after man" (Gal. 1:11). In this statement, Paul placed the gospel he preached in contrast to the perverted gospel which some had brought to the churches of Galatia (Verse 7). He further showed that perverted gospels were appeals to men rather than to God and that those who preached such perversions negated their claim to bathe servants of Christ (verse 10). In these declarations, Paul gave his assurance that his gospel was genuine. He had received it by divine revelations. The further context of Galatians 1 shows that he did not confer with those chosen to be apostles before him in order to determine what he ought to believe and preach. After his conversion he went away into Arabia. Even when he did meet with the apostles later in his service to Christ, they "added nothing" to him. He received his gospel by divine revelation even as the others.

Do You Wish to be Blessed by God?

Have you noticed the dilemma of figuring out how to have a relationship with God?  The Bible has many things to say along these lines.  Often times people just get lost in the shuffle.  Occasionally in scripture a prophet just stops and gives you a principled summary.  Would you like a principled summary about “How to live with God” absent all the technical discussions? Would you like to find a passage of scripture that just unlocks the point in clear terms that anyone can understand?

The first Psalm is one such passage.  It is obviously an Old Testament passage rather than a New Testament one but here the two testaments agree.  The author is not trying to tell you how to establish a relationship with God, that subject is dealt with elsewhere.  (See Jesus' comments in Mark 15:15-16 for example) The Psalmist is simply describing how to have an ongoing relationship with our Creator. Today we would say that once you become a Christian (a Jew in OT times) then this is how to live.

Let’s allow him to lead us through the principles of a blessed life before our God.

Psalm 1: 1.  Blessed is the man that walketh not in the counsel of the ungodly, nor standeth in the way of sinners, nor sitteth in the seat of the scornful.

Have you noticed that oftentimes the first step in accomplishing good is to avoid evil?  Paul describes how that all of us (Paul included) were born good.  We do not always stay that way.

A Church Satisfied With Being a Church 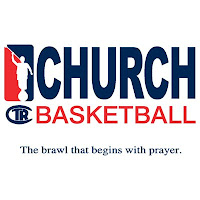 Have you noticed that nowadays churches seem to be about everything but being churches? Let’s see …

We have so called churches with gymnasiums, swimming pools, restaurants, bowling alleys, day care, schools, gift shops, etc. in them.

We have churches preoccupied with teaching everything from yoga to belly dancing. Here in Wichita we had a fellow trying to start a church inside of a strip club… with other local preachers trying to justify said behavior.

Where Did Church Buildings Come From?

In recent years I have continued to run into folks that have believed it was somehow more spiritual to worship God at home alone, or in small groups etc. Each time it seems the persons are coming from a different direction but to the same conclusion that the practice of gathering together in a public building as a congregation of God’s people was somehow inferior to a private, or hidden worship.

They are generally pursuing intimacy and fear losing it.

By way of contrast I have also continued to run into folks that believe that the building was “nothing” and therefore you can do anything with said building that you wish. They have thereby wrapped Jesus’ name around everything from country music shows to strip dancing. Yes… here in Wichita a group recently tried to mingle the worship of God with a strip club!

Locally we are trying to raise enough for a down payment and to find financing to buy our first building… so we have been discussing every aspect of this question for the last year.

Here is some of the rationale often given to dismiss church buildings;